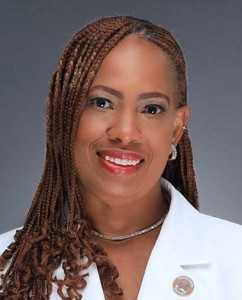 Dr. October Hudley was sworn in as Councilperson At-Large on July 1, 2014. She is dedicated to serving the township she loves so dearly and is committed to helping make Irvington Strong.

She is a resident and homeowner for over 40 years of the Township of Irvington and attended the following Irvington Public Schools; Grove Street School, Myrtle Ave School (University Middle) and Frank H. Morrell (Irvington High School).

Dr. Hudley contributes much of her success having been strongly guided and influenced by her late grandmother, Essie Staton, late Mother Barbara Ann Staton, and late sister Demoria Estoria Britt.