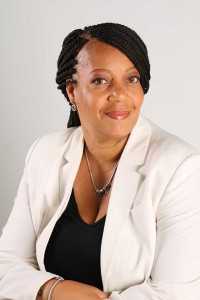 A longtime resident of the Township of Irvington, Jamillah Z. Beasley has served her community with commitment and integrity.

Jamillah Z. Beasley was born in Newark, NJ and moved to the Township of Irvington, NJ in 1974 at the tender age of 3. Jamillah attended the Irvington Public School system where she attended Union Avenue School and Frank H. Morrell High School (Irvington High School) graduating in 1988. Jamillah attended the Katharine Gibbs Business School and Essex County College where she majored in Criminal Justice. She is currently enrolled at Strayer University majoring in Business Administration with a concentration in Management.

Jamillah started her professional career shortly after completing Katharine Gibbs at the Internal Revenue Service. In 1991, Jamillah’s desire to assist the public came to fruition, she transitioned and began a career in public service with the Township of Irvington which spanned twenty-eight years. She held administrative positions in the Public Safety Department’s Record Bureau, Irvington Neighborhood Improvement Corporation Department (I.N.I.C.), and Department of Neighborhood Preservation. After working a year in Department of Neighborhood Preservation, she was promoted to head the department until her departure in April 2019. Jamillah is currently employed with the City of East Orange, NJ working in the Department of Policy, Planning, & Redevelopment.

At a young age, Jamillah was introduced to politics by her father, the late, great D. Bilal Beasley, who was extremely active in the community. Mr. Beasley was intimately involved with the community, and he made sure his family was as well. At the age of 8, from the example her father set, Jamillah knocked on doors, passed out campaign literature, made phone calls, and worked on elections alongside her Dad. Jamillah loved where she lived then and she’s still just as passionate about Irvington now!

In 2001, Jamillah started volunteering at the Chris Gatling Center as a Parent Coordinator with the Irvington Diamond Cheerleaders. Under her direction, the Diamond Cheerleaders was the first cheerleading squad in history to travel to the Small Fry Basketball Competitions in Orlando, Florida with their Small Fry Basketball team. Jamillah worked hard with the cheerleaders and even harder at raising monies and finding sponsors to financially support the cheerleaders traveling and lodging expenses. She volunteered at the Chris Gatling Center up until 2008 and during her time there, the cheerleaders were able to travel to Orlando, Florida for 3 years straight.

Jamillah’s official introduction into politics began on June 3, 2008 when she was elected as District Leader to represent the West Ward, 2nd District. She created change and helped to resolve the residents’ in her district concerns. She enjoyed the experience because she has always enjoyed helping others. In 2015, Jamillah was appointed to fill a vacancy that existed on the Irvington Board of Education where she represented the district and our young scholars. She was elected to fill the unexpired term on April 25, 2017 and re-elected on April 17, 2018 to serve a three-year term until her departure in April 2019. On April 22, 2019, the Irvington Municipal Council unanimously voted to appoint Jamillah Z. Beasley as South Ward Council Member to fill the vacant office of the late Sandra R. Jones. The South Ward seat was previously held by her father the late D. Bilal Beasley from 1998 to 2002. Jamillah serves on the Housing & Redevelopment, Recreation and Sanitation/Quality of Life Council Committees.

Jamillah is the proud mother of 4 children; Siedah, Tanajjah, Janelle, and Rahjid and the grandmother of 5; MaLiyah, Omari, Moses, Makai, and Symir Bilal. She believes in the Township of Irvington and its administration and believes that working together with the residents and the administration she could assist in moving Irvington forward. She desires to bring new development projects, new businesses, more recreational programs, and help to deal with the issue of vacant and abandoned properties. Jamillah’s main goal is to change the quality of life for the residents of the South Ward and the Township of Irvington as a whole.