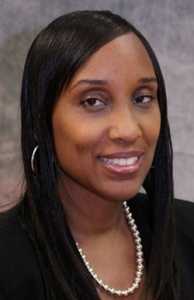 Renee C. Burgess has an extensive background in leadership and public service through elected and appointed positions in government as well as employment in the private sector. A lifelong resident of Irvington, New Jersey, she has served the community as a member of the Irvington Township Municipal Council since 2014. Her path to elected office began in 2000 when she became the District Leader for Irvington’s South 2. Burgess later was elected to the Irvington School Board, a position she held longer than any other member to date (2003-2014). Her performance on the Board was acknowledged by her colleagues when she was chosen by them to become the Vice President of the Board for one year and the Board’s President for two terms. During her tenure on the Irvington School Board, Burgess was successful in leading the initiative for uniforms to be worn by all students of the school district. She was also a prime proponent of the school district’s football field which is a place of pride for the community.

In addition to these accomplishments, Burgess founded and is the president of the Thurgood Marshall Area Block Association and is the Committee Chair of the Irvington South Ward Democratic Committee. In 2014, Burgess was bestowed the honor and responsibility of serving Irvington when she was elected to the Irvington Municipal Council as Council Member-At-Large, which provides her a platform from which to serve all residents and business-owners of the township. She was re-elected to the position of Council Member-At-Large in 2018. On October 15, 2019, Burgess was appointed to serve as the President of the Municipal Council.

She was prepared academically as a student of St. Leo’s, Essex Catholic Girls High School and Irvington High School. After attending Norfolk State University and Essex County College, Burgess earned her degree in Business from Rutgers University and a Bachelor’s degree in Organizational Leadership from Pillar College. She is a Certified Registered Public Purchasing Specialist (RPPS).

Burgess’ professional experiences have prepared her and continue to add to her service of people. She was employed: over ten (10) years in Customer Service and payroll at Merck Pharmaceutical Company; six (6) years at CA One Services, Newark Airport, where she supervised a crew of fifteen (15) employees and managed ten (10) lounges; and, more than eleven (11) years as an Asset Manager for CIT Capital in Livingston, NJ where she was responsible for managing accounts as large as $1.2 million. Burgess received numerous awards and acknowledgments for her performance and leadership skills in these roles.

Burgess was also previously employed by the Township of Irvington as the Purchasing Clerk before assuming the position of Payroll and Purchasing Specialist for the Irvington Housing Authority. She was promoted from this position to become the Housing Authority’s Supervisor of Accounts and Human Resource Administrator. Additionally, she has been a private business owner and landlord since 2004.

Renee Burgess has volunteered for many public service organizations in addition to those named previously. The organizations through which she volunteers include: The National Association for the Advancement of Colored People (NAACP); the National Forum for Black Public Administrators; the National Action Network (NAN) for which she is the secretary; Irvington Progressive Activist Committee; the Gang Prevention Network; Essex County Democratic Women; PTA’s and other civic associations. Burgess has been the recipient of several awards and honors, including but not limited to the: Community Worker of the Year Award; International Women’s Day Award; Tony Vauss Civic Association Community Award; Children Stand Higher Award; and, IBOE and the District Leader Service Award for 10 years of service.

A successful elected official and public servant, Renee Burgess attributes her success to her faith and her family. She has been an active member of the Union Gospel Tabernacle in Newark, NJ for over 30 years where she serves as a member of the Usher Board and Celestial Choir. Burgess’ strong foundation comes from her beloved parents, the late Sarah E. and Raymond C. Burgess, both of whom were active in the community. As a testament to his role in public service to the community, a trait passed on to his daughter, Ray Burgess has an Irvington Township Park named after him. The love, strength and commitment to others continues through Renee Burgess’ daughter, Giovana, who is a college student preparing to become a teacher.